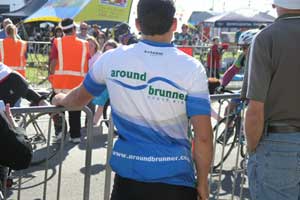 Around Lake Brunner Cycle Race – only a 20min drive from Jackson’s Retreat to the start line!

Around Brunner started as a 130km sealed circuit cycle ride taking you through some of the most stunning scenery New Zealand has to offer. In 2015 the Enduro, 2 laps of the traditional ride being 260km was introduced and in 2019 the change of the start/finish to Moana Lake Brunner.

Both the Around Brunner 130km and Enduro 260km race, this fantastic event is in its 14th year.
Around Brunner caters for all competitors from the Elite rider through to the Recreational Rider with age group categories throughout.

We’ll even cater for those that want to ride their e-Bike in the event, as this keeps so many riders active. Riding an e-Bike means you’re non-competitive but still doing the event and eligible for spot prizes.

Starting from Kumara, cyclists ride along State Highway 73,climbing gently through scenic podicarp rainforest and along The Mighty Taramakau River passing Jackson’s Retreat Alpine Holiday Park’s front door and turning off to Inchbonnie, the half-way point and stage teams changeover. Cyclists then turn north for a breathtaking flat ride through the stunning scenery of Lake Poerua, Rotomanu and Moana, which are nestled between the spectacular Southern Alps and tranquil Lake Brunner. The Around Brunner Cycle Ride is generally held in the third weekend in April. You can find out more information at the Around Brunner website https://www.aroundbrunner.co.nz/

The next Around Brunner Cycle Ride – Saturday 7th May 2022

Jackson’s Holiday Park is again a fantastic base for Around Brunner supporters and participants.